We will be at the Rocky Horror Show at The Teatro at Monte Casino on 22 February at 8 pm. We will be on the BALCONY and tickets start from just R160 each.

We really hope to see you there.

You can book at Computicket. We will not be doing any bookings.
Of course Priscilla’s Services will be available for those wanting to make use of our transformation and makeup services, or if you just need a place to dress (and possibly stay over).
Please contact us to book a makeover, transformation etc.

Should there be sufficient interest we would be very happy to arrange a pre-show get together. And of course post-show parties are always an option!

We hope to see you all there!

The organisers of this sexilicious event would be more than happy to have any of us transgender, crossdresser type folk attend this event.
They are very transgender/crossdresser friendly and the crowd should be accepting as well.
It looks like it could be a fun event. It will obviously ‘adult’ in nature but not threatening in any way. Lola Montez specialises in providing a safe, professional and pleasant experiences.
I think some of you may be interested in attending…
Hope you can make it.
Laterz
Daniella

We would like to wish all our clients, friends, readers, followers and everyone else out there a very happy and safe festive season.

We hope to be able to make more of you happy in 2019 and look forward to the privilege of helping more of you find your true selves next year.

Thank you for all your support this year. It has been an interesting year for us and we have made great progress. We could not have done it without you. Let’s make 2019 an even better year for ALL of us.

So, Halloween is an excellent opportunity (excuse?) to dress up and get out and about. If you are recognised, well you are just having some innocent Halloween gender bending fun. If your presentation is a little ‘off’, well you are in dress up mode, so what?

With this in mind I am pleased to tell you about not one but two Halloween parties that are happening this Halloween.

On 31 October (Halloween itself), Amuse will be hosting a midweek Halloween party. Entrance is free and there will be a free bottle of whisky for the best dressed person at the party.

On Saturday 27 October, there will be a party at Trouble (aka Big Boss Diner). Like Amuse, entrance is free and there will be prizes for the best dressed. Hilton has also promised drinks specials throughout the night!

I honestly cannot guarantee that Irene and/or I will be at either of these events, we will do our very bets, but life has been hectic lately and I am not sure it will get any better in the short term, but we would encourage you all to get out if you can.

The last Halloween party I attended was a long time ago in 2015. I went to an event hosted by Lola Montez (when she was still doing events) and then I went to Trouble. Both were a lot of fun and it really helped me gain confidence in getting out on my own… I thought I would share a few pictures that may inspire you.

This is a fantastic opportunity to safely get out and about and also support those LGBT friendly institutions that give us a safe place to socialise. On that note it is always nice to meet like minded people, share some experiences and of course have a little bit of a party too!

Hope to see you all out in your amazing fabulousness.

Summary of the events:

Trouble
Where: Corner Rabie and Republic, Randburg
When: 27 October
Time: From around 8 pm onwards
Entrance: Free
Crowd: Mostly LGBT peeps, but all welcome.

We are happy to announce that we now offer manicures especially tailored for your needs. That means we provide glamorous nails (at a length of your choosing) that are easy to remove and that are applied in private and that do not require specialised removal techniques (and time) etc.

Why delay? Come and get pampered, glammed up and made to feel relaxed, and beautiful. Please contact us for a booking.

Feel free to visit the ‘pricing’ menu on the site for indicative prices.

This is a reminder that we will be doing our thing to protest rape culture, victim blaming, and slut shaming and thus promote consent and a positive attitude towards sex and sexuality next Saturday.

For those of you who do not know, Slutwalk was started in Toronto in 2011 in response to a police officer public stating that women needed to stop dressing like sluts if they wanted to avoid being raped. Since then the movement has spread throughout the world.

As a transgender woman, a parent of girls and a member of society I take this very seriously. I am also aware that transgender women are often hypersexualised by cisgender men and thus at a greater than average risk of sexual assault. Many men seem to think that women in general should be sexually available to them and some seem to think that transgender women are basically just in it for the sex and thus even more available to them: they seem to think that we are consenting to whatever they have in mind just because we are in a dress: heads up, ‘It’s a dress, not a yes!’ Transgender women run additional risks in that often sexual assaults (and even possibly consenting sexual encounters) seem to turn violent at an alarming rate. ‘Trans panic‘ is even considered a legitimate murder and assault defence in some parts of the world.

I therefore think that all people, but especially women and transgender women have a vested interest in promoting a culture of consent where unless consent is explicitly and freely given no sex can happen. Often behaviours, beliefs and societal norms are so ingrained that people are unaware of the toxic and dangerous nature of these behaviours, beliefs and norms. We need to expose people to alternative ways of thinking about things and let them realise the danger we run by allowing sexual assault to be normalised. Men have an important role to play here too. If they themselves are not the perpetrators of an assault, then they are certainly the father, the brother, the uncle, the friend or some other male relation to the perpetrator. When they fob things off as ‘locker room talk’, or manly banter they are complicit. Men also sometimes find themselves in societal situations where abuse is normalised. We need to educate and empower men to speak out.

I therefore believe Slutwalk is something we all, but perhaps especially the transgender community (in its broadest sense) should support.

After the (short) walk we are planning on going to Lucio’s Pizzeria in Blackheath for a spot of lunch. We would love it of as many of you as possible would join us. It is an opportunity to do a good thing, have a day out and about in a safe and accepting environment and then have lunch with some likeminded folks to meet new people, socialise and maybe get some support.

You can dress as you wish (just take a look at the weather forecast, it can be quite hot at this time of year, dress appropriately). It is a very safe environment in which some cisgender women feel safe enough to be topless and there are always a few transgender people around as well as cisgender men showing solidarity with woman by appearing in drag (which can be problematic, but I think we can give them a pass, because they are doing it for the right reasons, not to poke fun at anyone). So, dress as you wish, come and participate and have fun. Just make sure you have footwear that you can walk a kilometre or two in, stilettos may be a bit of a push…

Please note that we need some indication of numbers so, that Lucio’s can be sure that they can accommodate us, so please RSVP by no later than 4 pm on Thursday 27 September. 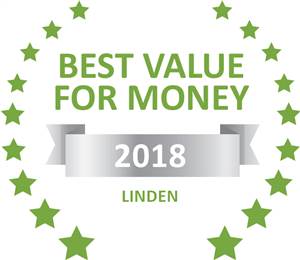